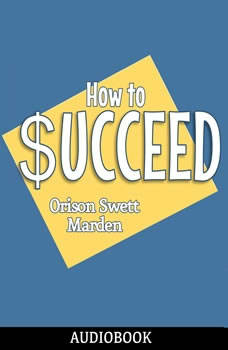 Most of us have no idea why we fail to reach our goals. This audiobook shows us how to overcome the hurdles that have defeated us before. Orison Swett Marden explains the road to success in simple terms for the benefit of anyone, who wishes to follow in his footsteps. This audiobook shows readers a new approach to problem solving that will change the way they approach their entire lives.