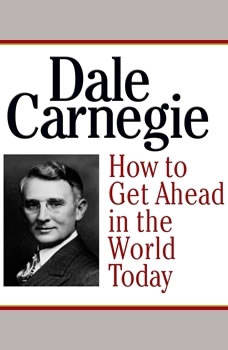 How to Get Ahead in the Wold Today

A Special Message for Young Adults from Dale Carnegie... In this audioboot, I have attempted to outline some of the things you must know, if you are going to get along in our ever-changing world. This knowledge is not the sort of knowledge you have been taught in school-but it is just as true, and just as vital to you as a multiplication table or your ABCs. But one thing you must remember. While others can tell you how to do these things, only one person in the world can ever really make you do them-and that person is you.