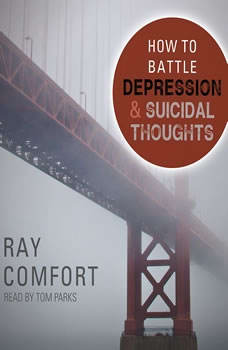 How to Battle Depression and Suicidal Thoughts

Depression and suicide aren’t just a worldwide epidemic, they also hit home. With over 350 million people suffering from depression and an estimated 1 million Americans attempting suicide each year, most of us have been affected by this terrible plague--or perhaps struggle with it ourselves. How can we help those who feel they have no hope?

In this moving fictional account, a caring bystander tries to convince a suicidal young man that his life has value and he has much to live for. Through their conversation, you will discover why we all have great worth, everyone has a reason and purpose for living, no situation is ever hopeless, and suicide is never a good option.

Whether you want to be able to share these truths with others, or you need to hear them yourself, this impactful book will offer a lasting cure for this growing epidemic.

Schizophrenia is one of the most traumatic psychiatric disorders, both for the affected person and their family. It also carries an unfortunate stigma and suffers from frequent misinterpretation by the popular media. The disorder usually manifests i...