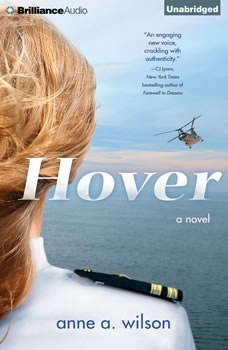 Helicopter pilot Sara Denning joins an all-male navy battle group with little fanfare—and that’s just the way she likes it. Her philosophy is simple—blend in, be competent, and above all, never do anything to stand out as a woman. But somewhere along the way, she lost herself—her feminine, easy-going soul now buried under so many defensive layers, she can’t reach it anymore.When she meets the strong, self-assured Lieutenant Eric Marxen, those defenses start to falter. He coordinates flight operations for SEAL Team One and they begin to request Sara exclusively as the pilot for their training exercises. The end mission is so secret, even she doesn’t know the reason behind her mandated participation. With her career on the line she is able to compartmentalize her feelings, but when her life is on the line, can she follow the orders of her heart?