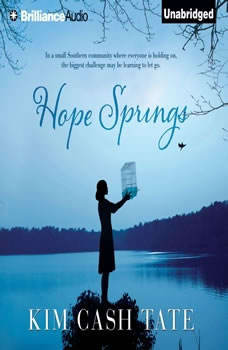 Janelle Evans hasn’t gone back to Hope Springs for family reunions since losing her husband. But when she arrives for Christmas and learns that her grandmother is gravely ill, she decides to extend the stay. It isn’t long before she runs into her first love, and feelings that have been dormant for more than a decade are reawakened. Becca Anderson is finally on the trajectory she’s longed for. Having been in the ministry trenches for years, she’s been recruited as the newest speaker of a large Christian women’s conference. But her husband feels called to become the pastor of his late father’s church in Hope Springs. Will small-town living affect her big ministry dreams? Stephanie London is married to a doctor in St. Louis and living an ideal life. When her cousin Janelle volunteers to stay in Hope Springs and care for their grandmother, she feels compelled to do the same. It’s a decision that will forever change her. As these women come together, they soon recognize that healing is needed in their hearts, their families, and their churches that have long been divided along racial lines. God’s plan for them in Hope Springs — and for Hope Springs itself — is bigger than they ever imagined.