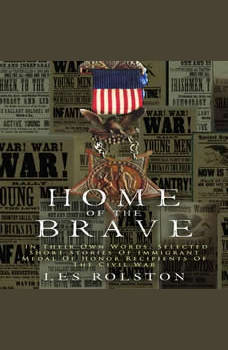 Home Of The Brave: In Their Own Words, Selected Short Stories Of Immigrant Medal Of Honor Recipients Of The Civil War

Taken directly from affidavits stored at the National Archives in Washington, District of Columbia, immigrant soldiers and witnesses attest to the events that resulted in 26 soldiers of these soldiers being awarded the medal of honor.