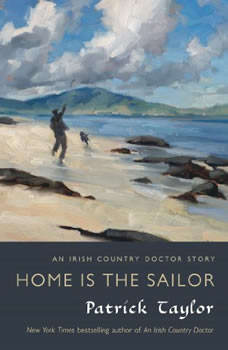 Home is the Sailor: An Irish Country Doctor Story

Fans of Patrick Taylor's bestselling Irish Country novels know Dr. Fingal Flahertie O'Reilly as the irascible senior partner of a general practice in the colourful Irish village of Ballybucklebo.But there was a time, shortly after arriving in Ballybucklebo, that Dr. O'Reilly was not widely accepted by the villagers. This touching short story tells of how O'Reilly, with a little help, began to overcome their objections.Whether you're visiting for the first time, or you're a long-time resident, you'll enjoy this fun glimpse into life in Patrick Taylor's village of Ballybucklebo.

George is dying of pancreatic cancer, and turns to a cutting-edge cure that seems to bend the laws of nature. Using hyperbolic metamaterials, the strange surfaces that can cloak objects or hide events, George seeks to remove his disease, but removes...