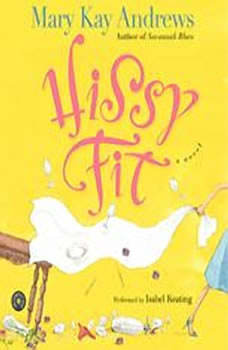 “Laced with humor and a sense of place that oozes the aroma of magnolia blossoms.”—Atlanta Journal-Constitution“[A] Southern-fried romp.”—Entertainment WeeklyWhether it’s a mystery, sassy women’s fiction, or a combination of the two, New York Times bestseller Mary Kay Andrews always gives her fans a read to remember. And now she’s throwing a Hissy Fit, in the best possible sense. A delicious tale of revenge and renovation, Hissy Fit tells of a wronged spitfire who’s determined to see that the no-good lowdown, lying, cheating varmint of an ex-fiancé who ruined her life and her business gets the comeuppance he so richly deserves…even as she struggles to revitalize a broken-down antebellum mansion for a hunky, if slightly odd, local businessman. If you like the novels of Fannie Flagg, Jennifer Crusie, Adriana Trigiani, and Emily Giffin, or are a devoted follower of Rebecca Wells or Jill Conner Browne’s Sweet Potato Queens, then Mary Kay’s Hissy Fit is not to be missed.

Crazy For You
by Jennifer Crusie