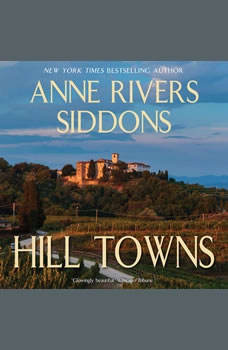 Hill Towns is a classic novel of remarkable emotional power, insight, and sensitivity from Anne Rivers Siddons, whose books live on the New York Times bestseller list and in the hearts of millions of her adoring fans. One of the acknowledged masters of contemporary Southern fiction—the author of such phenomenally popular works as Nora, Nora; Outer Banks, Islands; and Sweetwater Creek—Siddons carries the reader from the mountains of Tennessee to the breathtaking Tuscany countryside as she brilliantly chronicles the unraveling of a marriage. Pat Conroy (The Prince of Tides) says, “She ranks among the best of us,” and Hill Towns is the proof.

The year is 1966, a time of innocence, possibility,and freedom. And for Atlanta, the country, and one woman making her way in a changing world, nothing will be the same ...After an airless childhood in Savannah, Smoky O'Donnell arrives in Atlanta, ...