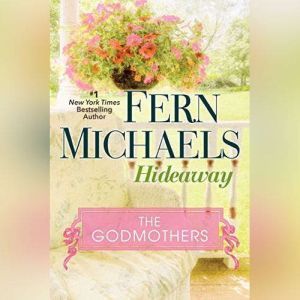 Part One of the New Three-Part Godmothers Serial!The best of friends, Toots, Ida, Mavis, and Sophie have been there for each other through thick and thin. Now Sophie needs the rest of the Godmothers to help her through something they’ve never faced before....As Sophie De Luca has learned, many things really are better the second time around. She’s celebrating a wonderful year of marriage to her sweet second husband, Goebel. Meanwhile, the rekindled bond between Sophie and her childhood friends Toots, Ida, and Mavis is stronger and more supportive than it’s ever been. All four are happily settled outside of Charleston, and Toots, who’d sworn to never marry again after eight trips down the aisle, is so blissfully content with her beau that she might be ready for lucky number nine...with a little coaxing.Yet ever since she and Goebel moved into their new home, Sophie has sensed something a little...unusual. Old houses often contain items left behind from previous owners, but what remains in this case is the legacy of a painful secret that only Sophie’s unique gift can uncover. It’s a special kind of challenge...and who better than three extraordinary friends to help her do it?