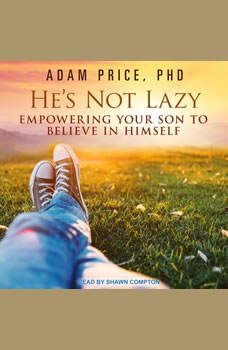 He's Not Lazy: Empowering Your Son to Believe In Himself

On the surface, capable teenage boys may look lazy. But dig a little deeper, writes child psychologist Adam Price in He's Not Lazy, and you'll often find conflicted boys who want to do well in middle and high school but are afraid to fail, and so do not try. This book can help you become an ally with your son, as he discovers greater self-confidence and accepts responsibility for his future.

Don't Let Your Kids Kill You
by Charles Rubin

When kids turn to substance abuse, parents also become victims as they watch their children transform into irrational and antisocial individuals. This harrowing scenario finds parents buckling beneath the stress, often with catastrophic consequences...

Get Out of My Life, but First Could You Drive Me & Cheryl to the Mall
by Anthony E. Wolf, Ph.D.

Dr. Wolf updates his classic blockbuster as times changeIn 1991, the first edition of Get Out of My Life by Dr. Anthony E. Wolf, became an enormous success, selling over 300,000 copies. The words of Dr. Wolf were so on target that parents wondered i...