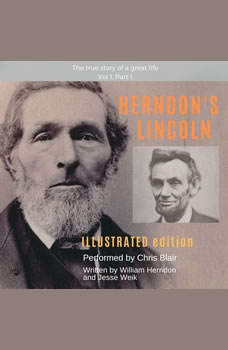 Abraham Lincoln called "Billy" Herndon, “My man always above all other men on the globe.” They were business partners for 16 years. After Lincoln's assassination Herndon did interviews with Lincoln's family and friends for this biography. Co-author Jesse Weik also conducted many original interviews. The result - although not without flaws - has been recognized as one of the most important biographies of The Great Emancipator ever published. Here for the first time is the audiobook performed 'in character' as Herndon, Lincoln, and the people who helped shape a great President. The story is also illustrated with many different genres of music - from frontier folk to orchestral to dramatic Americana - providing an entertaining listening experience about a crucial era in American history.