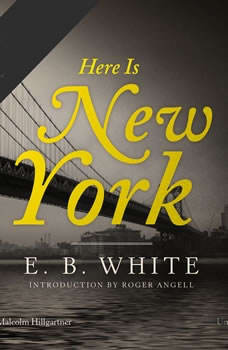 Perceptive, funny, and nostalgic, E. B. Whites stroll around Manhattan remains the quintessential love letter to the city, written by one of Americas foremost literary figures. The New York Times named Here Is New York one of the ten best books ever written about the metropolis, and the New Yorker called it the wittiest essay, and one of the most perceptive, ever done on the city. Included with this essay are two short poems by E. B. White: Commuter and Critic, both published in the New Yorker in 1925.