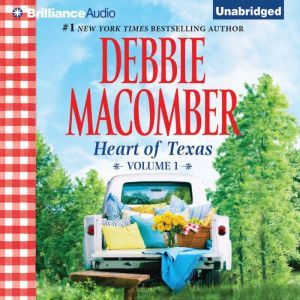 Promise, a ranching community in the Hill Country, is a place with a mysterious past and more than its share of secrets. It’s also a place where family and friendship matter….Lonesome CowboySavannah Weston lives quietly on the family ranch with her brother, Grady. Until she encounters a stranger named Laredo Smith, a disenchanted cowboy who just might change her life—in the best possible way!Texas Two-StepAfter her father’s death, Ellie Frasier takes over the feed store in Promise. Still in mourning, she relies on her friends for comfort. But now her long-standing relationship with one of those friends, rancher Glen Patterson, seems to be turning into something else….“Macomber is known for her honest portrayals of ordinary women in small-town America.” —Publishers Weekly