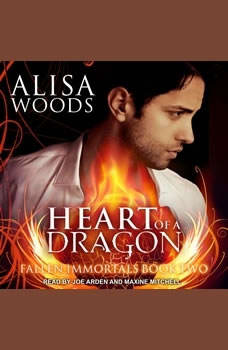 Heart of a Dragon

Lucian is a Dragon Prince of the House of Smoke . . . and he's dying. He has to spawn a dragonling to uphold the treaty that keeps the mortal world safe from the immortal Dark Fae, but a dragon's mate rarely survives the birth of a young dragon, and he can't face the horror of another woman's death on his hands. When he rescues a beautiful woman from a demon roaming the streets of Seattle, he has to seduce her without losing his heart . . . and before he turns into a feral dragon and breaks the treaty forever.