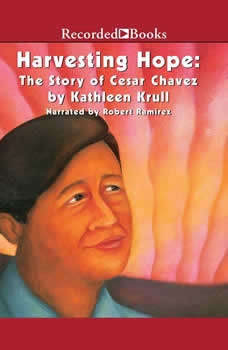 Harvesting Hope is an ALA Notable book. As a young boy, Cesar lived happily on his family's ranch in Arizona. But when a severe drought lost them the entire crop, his family also lost their home. With thousands of other unlucky families, the Chavez's moved to California where they lived in poverty and worked as migrant workers. It bothered Cesar greatly that the workers were treated like slaves by the landowners. So he organized the workers and marched to the state capital in protest.