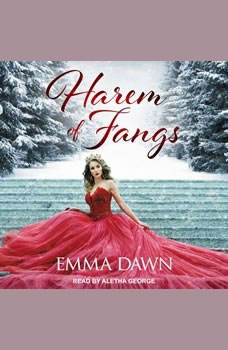 When renowned novelist Ally Swift goes to help a friend out of a jam, she finds herself thrust into a world she previously thought only existed in the paranormal books she wrote. A world of vampires, magic, and mind-blowing sex that she could never have dreamed was possible. Caught between five powerful vampires, she is trapped between the strength of their hands, the fire in their touch, and the ache in her skin for the thrust of their teeth. She is the key to their survival, and for the four she denies, their lives will be forfeit. Can she find a way to save them all, and place her heart in the hands of the one whose soul resonates with her own, and still finish that damn book she's got a deadline for? Contains mature themes.

I have no specific recollection of how Cat came into my life. One day she was just there, lying on my bed. She seemed to know me. Did I know her? And, more importantly, did I know that surrendering to her lust for blood would turn me into a differen...

Tempted by a Vampire
by Susan Griscom

What do you do when your favorite rock star is a vampire?New job in San Francisco - CheckNew apartment - CheckEverything is just the way Maggie always imagined it would be until her gaze catches the sexy as sin lead singer of the house band at an el...

Neither Love Nor Money
by Giselle Renarde

Detta's employees like to spread vicious rumors about their boss sleeping her way to the top. They don't know how right they are, and neither does Detta's new pet, Max, until she seduces him while they're working late. She ties him up to show him ...