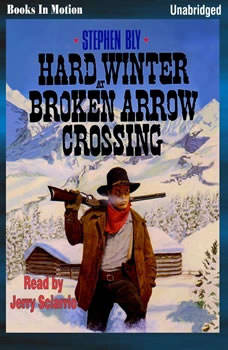 The hard winter at Broken Arrow Crossing couldn't have come at a worse time for Stuart Brannon. Having left his Arizona ranch sick with grief after losing his family and cattle, Brannon is caught in the teeth of the blizzard. He stumbles half-frozen into