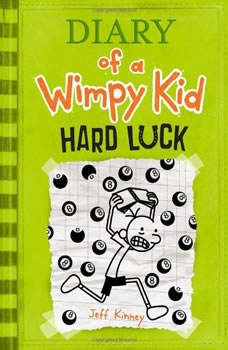 Series: Diary of a Wimpy Kid #8

Greg Heffley and his family and friends are back in "Diary of a Wimpy Kid" Book 8, the latest installment in the #1 bestselling series by Jeff Kinney and one of the most anticipated books of 2013. A global phenomenon, the Diary of a Wimpy Kid series has more than 85 million books in print around the world.