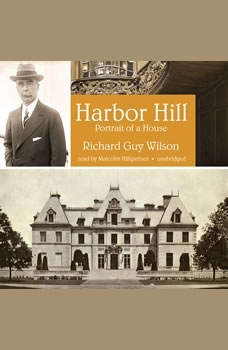 Harbor Hill: Portrait of a House

A “palace” ruled by a “queen,” Harbor Hill in Roslyn, Long Island, was commissioned by the beautiful and imperious Katherine Duer Mackay, wife of one of the country’s wealthiest men. Stanford White, the architect, wrote, “with the exception of Biltmore, I do not think there will be an estate equal to it in the country.” The mansion, along with its magnificent furnishings, art, gardens—and the owners’ hubris, striving, and ultimate failure—are the dramatis personae of this saga. An extravagant product of the desire for social acceptance, Harbor Hill’s story includes elements of farce and tragedy; in a sense it is an American portrait. The portrait encompasses western mining, old versus new wealth, religious differences over the building of a church, and art collecting, as well as the many people involved, from the architects, builders, and workers to the servants and staff who ran the house and gardens.