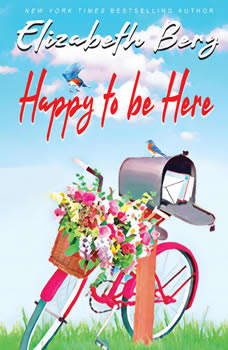 "Happy to be Here" is Berg's third collection of Facebook posts. Her first, "Make Someone Happy," was written in response to her many fans' requests that she put her posts together in a book that they could take on the plane, to the beach, or give to others. The book did indeed make people happy and so she followed up with a second book, "Still Happy." Her fans encouraged her to write still another one. The "Happy" books exemplify, as the Boston Globe wrote, Berg's "ability to find the extraordinary in the ordinary, the remarkable in the everyday."