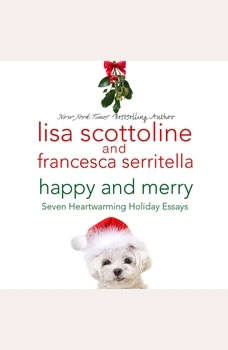 Just in time for Christmas comes a collection of the very best holiday essays from the bestselling Mother/Daughter writing duo. Whether their shopping for matching reindeer dog sweaters or having second helpings of egg nogg, Lisa Scottoline and Francesca Serritella will keep you warm with their humor and heart. So give yourself some holiday cheer in the midst of all the shopping, cooking, wrapping, and baking madness…you deserve to get a little Happy and Merry!