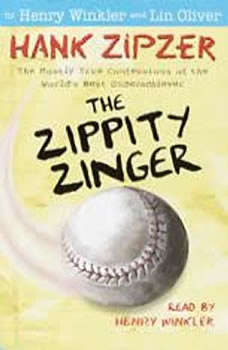 Hank LOVES baseball. L-O-V-E-S it! Unfortunately, though, he's not very good at the game. So everyone is surprised--including Hank himself--when Hank throws a zinger pitch at a practice for P.S. 87's annual School Olympiad baseball game. Hank knows how he pitched the "Zippity Zinger"--it must have happened because he accidentally wore his sister Emily's lucky monkey socks! Because of that stellar pitch, Hank has been chosen to pitch for P.S. 87 for the Big Game. The pressure is on--Hank's got to wear those socks again, or risk blowing the biggest ball game of his life. The only problem is, Emily wants to wear the lucky monkey socks herself since she's competing in the Brain Buster for the Olympiad. Will Hank be able to pull off another Zippity Zinger--or will he strike out?