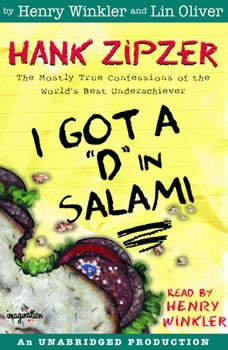 It's report card day—the most dreaded day of Hank Zipzer's school year. And when Hank gets his grades, they're his worst nightmare come true: a D in spelling, a D in reading, a D in math. This is not going to make his parents happy. This will certainly get him grounded for life. Hank needs help. And he needs it fast!