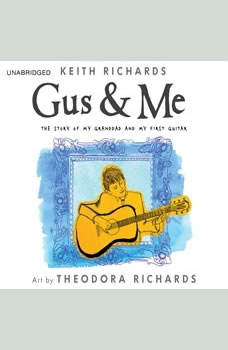 Gus & Me: The Story of My Granddad and My First Guitar

Long before there was a band, there was a boy: a young Keith Richards, who was introduced to the joy of music through his beloved granddad, Theodore Augustus Dupree, affectionately known as "Gus," who was in a jazz big band and is the namesake of Keith's daughter, Theodora Dupree Richards. Gus & Me offers a rare and intimate look into the childhood of the legendary Keith Richards through this poignant and inspiring story that is lovingly illustrated with Theodora Richards's exquisite pen-and-ink collages. This unique autobiographical picture book honors the special bond between a grandfather and grandson and celebrates the artistic talents of the Richards family through the generations. It also includes selected photographs from the Richards family collection and an exclusive audio CD featuring bonus content.