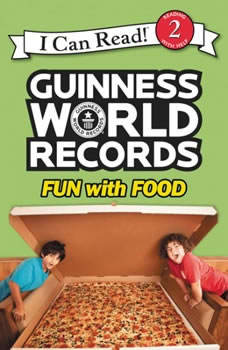 Series: I Can Read Level 2

A brand-new Guinness World Records book for kids!We hope you’re hungry! Fun with Food has plenty of options to whet your appetite: the largest grilled cheese, the tallest cake, the most expensive hot dog, and more. Simple text will make learning about exciting topics fun for beginning readers.Guinness World Records: Fun with Food is a Level Two I Can Read book, geared for kids who read on their own but still need a little help.