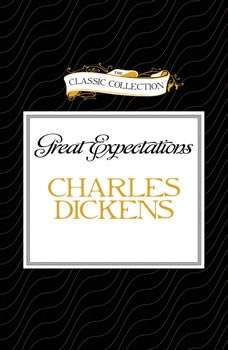 Dickens' extraordinary novel of Victorian valuesGreat Expectations chronicles the progress of Pip from childhood through adulthood. As he moves from the marshes of Kent to London society, he encounters a variety of extraordinary characters: from Magwitch, the escaped convict, to Miss Havisham and her ward, the arrogant and beautiful Estella.In this fascinating story, Dickens shows the dangers of being driven by a desire for wealth and social status. Pip must establish a sense of self against the plans which others seem to have for him—and somehow discover a firm set of values and priorities.This novel is part of Brilliance Audio's extensive Classic Collection, bringing you timeless masterpieces that you and your family are sure to love.