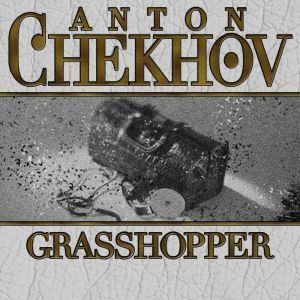 Olga Ivanovna, a beautiful young woman floating around in a famous and fabulous social circle, falls in love with a simple man who does not belong to the same social group, Osip Dymov. Dymov worked at the same hospital as her father. When her father fell ill, Dymov was captivated by Olga's dedication to her father, and she soon returned the romantic notions. As they settled into married life, Olga continued to frequent with her artistic friends, visiting them everyday and continuing to live a fun. exciting life. Dymov continued living his routine, science-oriented life. Olga's love of Dymov is challenged by Ryabovsky, one of the young men of her artistic circle, with whom she was on an artists tour away from home. Olga and Ryabovsky enter into a love affair, while Dymov is at home, working constantly and sending Olga money for her voyage. As the affair falls apart and another tragedy comes to the forefront, Olga must come to terms with her decisions and realize what was in front of her all along. Anton Chekhov (1860-1904) was a Russian writer and playwright, considered by many to be one of the best writers of short stories in the history of literature. Chekhov was also a successful physician, but writing was his true passion. He was quoted as saying "Medicine is my lawful wife and literature is my mistress."