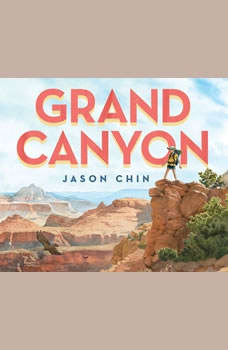 Rivers wind through the earth, cutting down and eroding the soil for millions of years, creating a cavity in the ground 277 miles long, 18 miles wide, and more than a mile deep known as the Grand Canyon. Home to an astonishing variety of plants and animals that have lived and evolved within its walls for millennia, the Grand Canyon is much more than just a hole in the ground. Follow a father and daughter as they make their way through the cavernous wonder, discovering life both present and past. Weave in and out of time as perfectly placed die cuts reveal that a fossil today was a creature long ago, perhaps in a completely different environment.

When a young boy riding the subway finds an abandoned book about redwoods, strange things start to happen. He reads that the trees ancestors lived during the Jurassic period as dinosaurs appear at his window. Discovering that redwoods alive today fi...