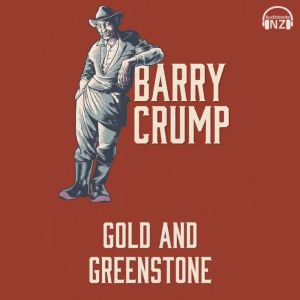 Gold and GreenstoneBarry Crump was one of New Zealand’s most popular authors of all time. From A Good Keen Man in 1960 through to his death in 1996, over a million copies of the 24 books he wrote were sold. He was a superb storyteller, who captured perfectly the laconic humour and the lifestyle of the rugged Kiwi outdoors man. His ability to craft a tale that is both moving and funny is superbly illustrated by the huge international success of the movie Hunt for the Wilderpeople, which is based on his book Wild Pork and Watercress.Almost all of Barry Crump’s books are now out of print. A new volume of collected stories published in 2017 remedied that. And the five classic yarns comprising that volume are available in ebook form as separate titles – A Good Keen Man, Bullock Creek, Gold and Greenstone, Puha Road, and Wild Pork and Watercress.About Gold and Greenstone:Sally could do most things better than men, but it was difficult to get a job in a recession. On the road and looking for work, she involuntarily teams up with an unlikely character and finds herself on the end of a shovel on the West Coast. A unique story unfolds of hard work and dreams, of gold-fever and greenstone, of helicopters and high-seas, of laughter and tears and culminates with a romantic twist and happy ending. All of which is a little different from New Zealand’s best-selling author but proving, once again, just why he is.Barry Crump has produced another whopper in a long line of classic Kiwi yarns. To the many thousands of dedicated Crump fans who have enjoyed his vivid stories, here is another special treat, and to those who have yet to experience Crump’s classic Kiwi imagery, be careful, it’s addictive.About the author:Barry Crump was born in 1935 and died in 1996. In 1959 he began writing humorous sketches of life as a government deer-culler and pig hunter, publishing these in 1960 as A Good Keen Man. This became a massive bestseller in New Zealand and over the next 50 years he wrote another 23 books, which sold over a million copies.As well as a best-selling author, Crump was an actor, TV personality, poet, radio commentator, man of leisure, traveller, goldminer, photographer and more. A successful 12-year association with Toyota brought a series of award-winning advertisements that catapulted Crump into living rooms around the country with his laconic, blokey style.Crump was married five times and had six children, all sons. In the 1990s Crump was awarded an MBE and OBE for services to literature, something he was quietly proud of and reckoned would be hard case pinned to his Swanndri. He was listed in the Who’s Who as having no fixed abode, and regarded himself as a world citizen. He insisted that, first and foremost, he was just a Kiwi bushman. 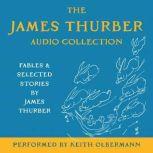