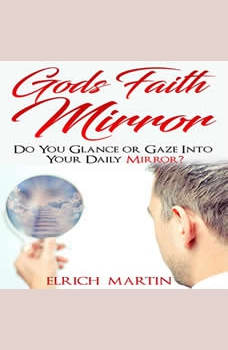 God's Faith Mirror: Do You Glance or Gaze Into Your Daily Mirror?

This is a book with two stories by two characters, Enrico and Alison from different backgrounds, with different needs and wants but at the end they are hunger for the same destiny, to know Jesus and to discover their calling. There are a mixture of happiness, heartache and suspense leading through each individual’s life as they find their gift and the heavenly mirror they represent. They learn through their daily problems and joy, what it is they need to overcome the enemy. Meet the Holy Spirit as they are led to their purpose in life and the supernatural occurrences, leading to growth and understanding how to fight the good fight. Meet the people they lean on during their storms who have carried over their weapons to fight their battles over to them and gave them the spiritual tools to keep their eyes on Jesus. From the Author of new breath, new life for new day comes this gripping story that will keeping you wanting more as you learn to know these people with everyday issues and feel the Holy Spirit within the pages. Some may feel that the story is representing their lives and will want to apply these tools of spiritually for their daily own lives.