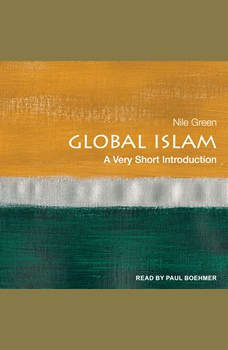 This book presents the first comprehensive survey of the multiple versions of Islam propagated across geographical, political, and cultural boundaries during the era of modern globalization. Showing how Islam was transformed through these globalizing transfers, it traces the origins, expansion and increasing diversification of Global Islam-from individual activists to organizations and then states-over the past 150 years. Historian Nile Green surveys not only the familiar venues of Islam in the Middle East and the West, but also Asia and Africa, explaining the doctrines of a wide variety of political and non-political versions of Islam across the spectrum from Salafism to Sufism. This Very Short Introduction will help listeners to recognize and compare the various organizations competing to claim the authenticity and authority of representing the one true Islam.