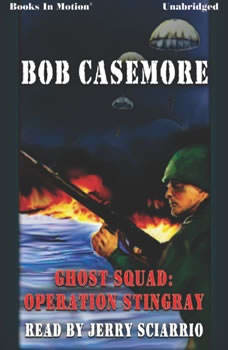 The Ghost Squad is a combat hardened special force trained to operate behind enemy lines. Its mission this time is to find a renegade American with an Australian accent, code-named Stingaree, who is sending information via short-wave to the Japanese regar