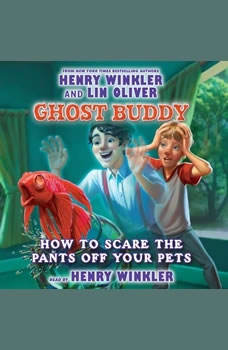 Ghost Buddy Book 3: How to Scare the Pants off Your Pets

Billy Broccoli is on a mission. If he can help Hoover learn to be responsible then he may be able to move on...and Billy may finally get his room to himself! Billy has come up with the perfect plan and gets Hoove a pet - a cute, cuddly one he won't be able to resist caring for. But, as it turns out, Hoover is not exactly an animal enthusiast. Billy has got to turn Hoover into a mother hen soon if he ever wants to get some peace and quiet! Henry Winkler is admired by audiences of all ages for his roles as the Fonz on the long-running series, Happy Days, and in such films as Holes and The Waterboy. He is also an award-winning producer and director of family and children's programming. He lives in Los Angeles, California.