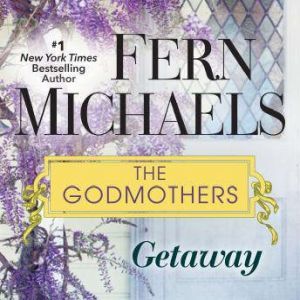 Part Three of the New Three-Part Godmothers Serial!The best of friends, Toots, Ida, Mavis, and Sophie have been there for each other through thick and thin. Now Sophie needs the rest of the Godmothers to help her through something they’ve never faced before....Each of the Godmothers—Toots, Ida, Sophie, and Mavis—brings her own unique strengths to their extraordinary friendship. In particular, Sophie’s psychic gift has helped rescue the Godmothers from a few tight spots. But her abilities can spark trouble too. And on the eve of her first wedding anniversary, Sophie begins experiencing some very strange events in the house she shares with her beloved husband, Goebel.As the Godmothers rally around Sophie, and Toots’ daughter Abby puts her investigative skills to work trying to ferret out the truth, one of their own is targeted by an unseen enemy. The only option is to confront a terrible wrong that occurred within the house decades ago. And, just maybe, each of them will get the chance to claim a sweet, surprising future chiming with wedding bells when the task is done....