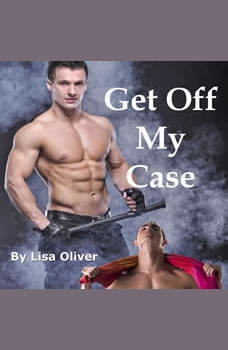 Get Off My Case

Get Off My Case

The first 20,000 words of this story were published as a free read for the Goodreads MMRomance Group Love's Landscapes Project. 49,000 words have been added to make this into the book my characters wanted it to be.

Shane West was used to being the only wolf shifter at the Stockton Police Department. His enhanced senses helped him do his job efficiently and he prided himself on keeping control of his animal instincts. Gay from the first day he'd shifted, he also expected to live his long life alone, and provided it meant that he didn't have to come into contact with any of his ex-pack, he told himself he was happy. And he was. Until Dimitri Polst was assigned as his new partner.

Confirmed ladies man, Dimitri Polst knew Shane from before he'd ever shifted into his wolf form. Two years older and from the same pack, Dimitri had made it his teenage mission to bring as much pain and humiliation to pretty-boy Shane as possible. But years later, he searched for that pretty boy, now all grown up, with a completely different mission in mind.

Being fated mates was hard enough, but when one man is straight and the other one has no reason to trust, then sparks are bound to fly. Add in a serial killer who is making inroads into the gay population and a possible shifter involvement, and Shane and Dimitri have a lot of thing to overcome before they get their HEA.

Warnings: This book is is a love story between gay male shifters. It includes graphic depictions of sexual acts between men, some violence and coarse language. If these things don't interest you then please don't buy this book.