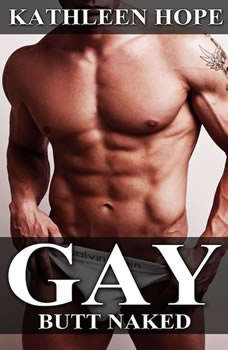 Dave reluctantly got to his feet, pulling Joey up as well. They ran through the rain and the storm to their cabin laughing as they got inside and tumbled onto Joey’s bunk. “Oh, we are so sleeping in yours when we’re done. Mines going to be soaked.” Joey rolled them over so he was on top, reaching for the button of Dave’s jeans. “You won’t hear any complaints from me. With the power out, it’s going to get cold tonight.” Dave stripped off his shirt and tugged at Joey’s pulling it over his head. Joey kissed him and got up to open the locker. “You’re okay with this?” he asked, shucking his pants and underwear...