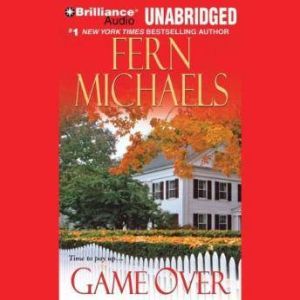 With yet another successful assignment behind them, the ladies of the Sisterhood have enjoyed a relaxing break together and celebrated the wedding of Myra and Charles on Big Pine Mountain. But as soon as the newlyweds return from their shortened honeymoon, they are hit with some exciting yet unsettling news… It seems their dear ally Lizzie Fox, recently ensconced as Chief White House Counsel, is rumored to be near the top of the short list for a soon to be vacated seat on the Supreme Court. While the Sisters are thrilled for Lizzie, they are concerned about her being ripped to shreds in the approval process, partly due to her connections with the Sisterhood. They also fear it will delay or even derail their long-awaited pardon promised to them by President Martine Connor. It will take a masterful plan, and loyal friends aiding them at every turn, for the Sisters to succeed in protecting Lizzie while securing their own freedom at last.