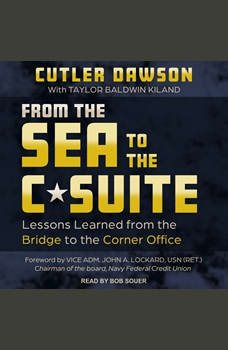 From the Sea to the C-Suite: Lessons Learned from the Bridge to the Corner Office

From the Sea to the C-Suite reveals an honest and straightforward look at Dawson's leadership philosophy and guiding principles, offering tangible and practical insights for listeners who want to learn how to chart a similar course of success—one of exponential growth without compromising a company's bedrock principles.