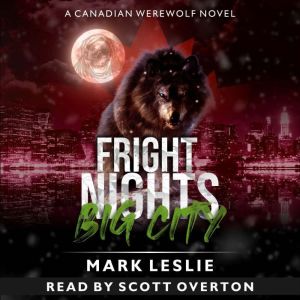 Not when the Big Apple comes under attack from an infectious worm threatening to rot it, and the entire nation, to the core.

Michael Andrews thought he'd found the perfect woman. A companion whose own powers neutralize his werewolf curse and bring the balance he has always wanted. But his plans on settling down and giving up the vigilante lifestyle are fleeting.

The hatred, the fear, and the monstrous attacks on innocent civilians grow and spread as supernatural monsters roam the city streets at night. The neo-Nazi Proud Fighters for America have already seeped their way across the continent and have nefarious plans for the city that never sleeps.

With Michael's powers nullified in Lex's presence, the couple is forced to divide in their attempt to conquer, and Michael turns to his ex-girlfriend's knowledge of the occult and an ally he thought was his enemy to fight this rising evil.

But will three supernatural humans and one paranormal scholar be enough to vanquish the growing legion of evil?