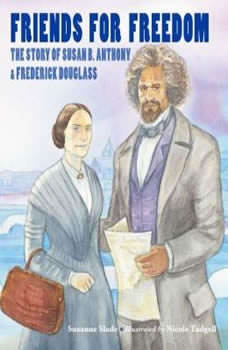 Friends for Freedom: The Story of Susan B. Anthony & Frederick Douglass

No one thought Susan B. Anthony and Frederick Douglass would ever become friends. The former slave and the outspoken woman came from two different worlds. But they shared deep-seated beliefs in equality and the need to fight for it. Despite naysayers, hecklers, and even arsonists, Susan and Frederick became fast friends and worked together to change America.

Here are the real events that inspired Gary Paulsen to write Brian Robeson’s story in Hatchet, The River, Brian’s Winter, Brian’s Return, and Brian's Hunt: a stint as a volunteer emergency worker; the death that became the pilot...