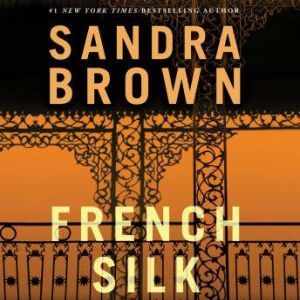 #1 New York Times bestselling author Sandra Brown delivers a thrilling tale of murder, desire, and fatal secrets.…Like the city of New Orleans itself, Claire Laurent is a vibrant beauty laced with a mysterious elusiveness. The founder of French Silk, a fabulous lingerie company, she has fought hard to make it a worldwide success. Then a TV evangelist attacks French Silk’s erotic sleepwear as sinful. And when he is killed, Claire becomes the prime suspect.District Attorney Robert Cassidy knows Claire is damning herself with lie after lie about the murder, even as he feels her drawing him into her world and her very soul. But neither Cassidy nor Claire’s protests of innocence can save her unless she reveals a shocking truth—one she has sworn to take to the grave.…“Fast-paced...Sparks fly and the tension…becomes as hot as jambalaya.” —USA Today“Skillful writing and clever plotting…Sandra Brown proves herself top-notch.” —Associated Press