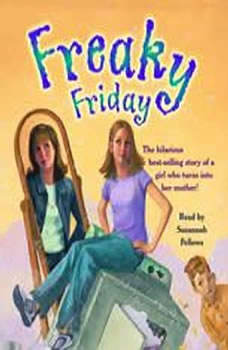 Annabel Andrews is tired of her mother telling her what to do. She’s tired of being told to do her homework, clean up her room, and be nice to her little brother, Ape Face. If she were an adult, she could do anything she wanted, like watch TV all day and eat marshmallows for breakfast.
One Friday morning, Annabel’s wish comes true when she wakes up and realizes she’s turned into her mother! But after a major washing machine mishap, losing Ape Face, and a terrible teacher conference, Annabel starts to suspect that being an adult is not as much fun as it seems. One thing’s for certain–this is one freaky Friday she’ll never forget!