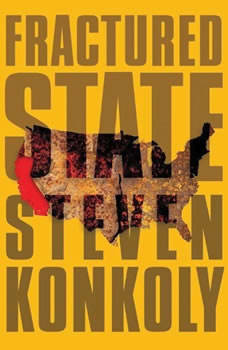 A land in ruin. A state on the verge of secession. A man on the run.In a future California ravaged by drought and on the brink of political upheaval, a high-profile assassination triggers a cascade of violence and sabotage facilitated by the highest levels of power. Nathan Fisher, an unassuming government employee, is drawn into the unraveling conspiracy after accidentally witnessing a suspiciously timed clandestine military-style operation.Hunted by ruthless killers seeking to ensure his silence, suspected by the authorities, and aided only be a loyal Marine officer with a mysterious agenda, Fisher and his family must somehow stay a step ahead of their relentless pursuers, navigating a dangerously changed world in a desperate search for sanctuary.With their lives on the line and California on the brink of secession, can they save themselves—and ultimately their country?