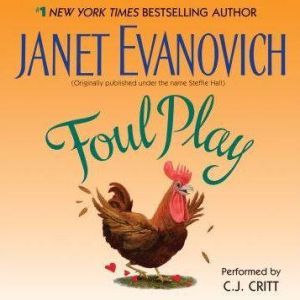 When Amy Klasse loses her TV job to a dancing chicken, handsome veterinarian Jake Elliott rescues her with an offer to be his receptionist. Jake just can't resist a damsel in distress, and Amy certainly doesn't mind Jake's charming sincerity. Then, the job-stealing chicken suddenly disappears and Amy is suspected of foul play. Amy and Jake search for clues to prove her innocence. But will Jake be able to show Amy that love, too, is a mystery worth solving?

I love the Stephanie Plum novels by Janet Evanovich. Evanovich has developed so many memorable characters in this series including Stephanie, who a rich multi-layered character. How could her editors allow this to be published under her name? The characters are shallow and the story is trite. If you love Stephanie Plum, you will not want to read this book.