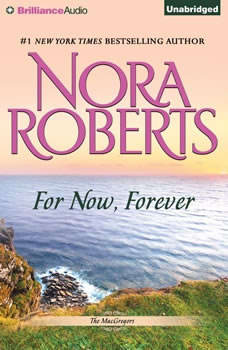 #1 New York Times and USA Today bestselling author Nora Roberts enchants again with this beloved classic about the passionate and headstrong MacGregor family.Anna—Daniel's wife of forty years—relives her remarkable courtship, when meddlesome matchmaking patriarch and self-made millionaire Daniel MacGregor faced his biggest challenge: to convince the love of his life to marry him! Here at last is the story of how Daniel wooed and won the fiercely independent Anna Whitfield and launched his formidable dynasty.