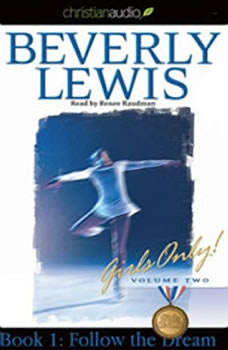 Jenna, Livvy, Heather, and Manda strive for their best in their respective sports: gymnastics, figure skating, ice-dancing, and downhill skiing. Their ultimate goal: the Olympics. As each girl struggles with life's challenges and rejoices with each triumph, the encouragement of the other Girls Only club members and their faith in God give the girls the moral support needed to push their limits and learn important lessons.

Livvy misses her mother, who passed away just months ago, and frustration mounts when Livvy's grandmother offers to help but oversteps her boundaries in every way—especially when she starts acting as Livvy's ice-skating coach.

I’m a big cat. I’m a strong cat. I’m not a scaredy-cat . . . except when . . .From New York Times bestselling author Max Lucado comes I’m Not a Scaredy-Cat, a hilarious new picture book to help kids manage their fears and wor...