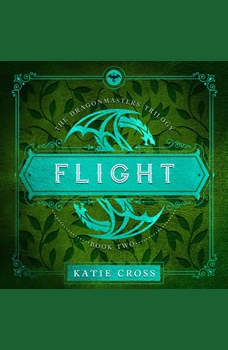 Despite the Dragonmasters' home burning to ash, Sanna is certain of one thing—she will not be a tyrant, even though managing a brood of frightened dragons falls on her reluctant shoulders. When a devastating tragedy strikes the Dragonmaster families, Sanna is forced to face a world she never knew existed.

Isadora, on the other hand, is too busy with her new life to worry about her old one. In the midst of training with her perpetually annoyed mentor, Maximillion, Isadora is unexpectedly taken away from home and thrust into a dangerous game. Her life is now in the hands of her most terrifying enemy: Cecelia Bianchi.

Both sisters are far from home and over their heads. Can they marshal their courage to save those they care about? Or will their expanding horizons prove to be their biggest danger yet?

Join the beloved sisters from FLAME in a new tale about growing up, moving on, and finding the courage within.