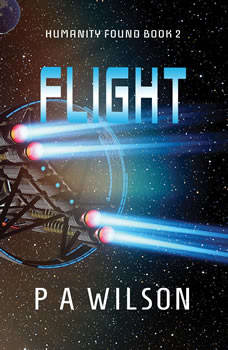 In the vast black of space, a new and powerful threat lurks somewhere just out of sight. Someone risks the annihilation of humanity by transmitting messages into the unknown. How long before the enemy strikes?

After rescuing the survivors of an attack, and revealing their enemy was as human as the rest of the fleet, Pen expected an interesting new challenge. Talking to school kids about the mission, wasn’t at all what she had in mind.

Tempted to join the civilian intelligence force, she struggles to find purpose as the fleet comes together. Then, hidden in a list of mundane communications, Pen finds a message that will threaten their survival.

Who can she trust to join her in fighting to stop the sabotage?

Get Flight today and fight with Pen to uncover a deadly plot.