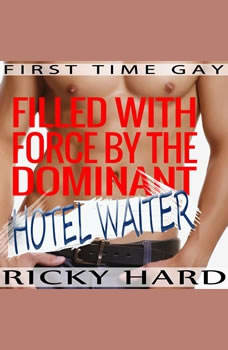 A late evening at work means Ryan doesn’t get back to his hotel until after eleven. When he finds the restaurant is closed, he decides on room service and phones in his order. The waiter that comes to the door is one he’s been chatting to over the previous few days and he quickly finds out it’s no coincidence. When the waiter comes in the room, he offers more than the food he’s carrying and there’s no refusing for Ryan as he’s made to submit to the desires of a kinky, dominant man. Characters are fictional and over 18 years.